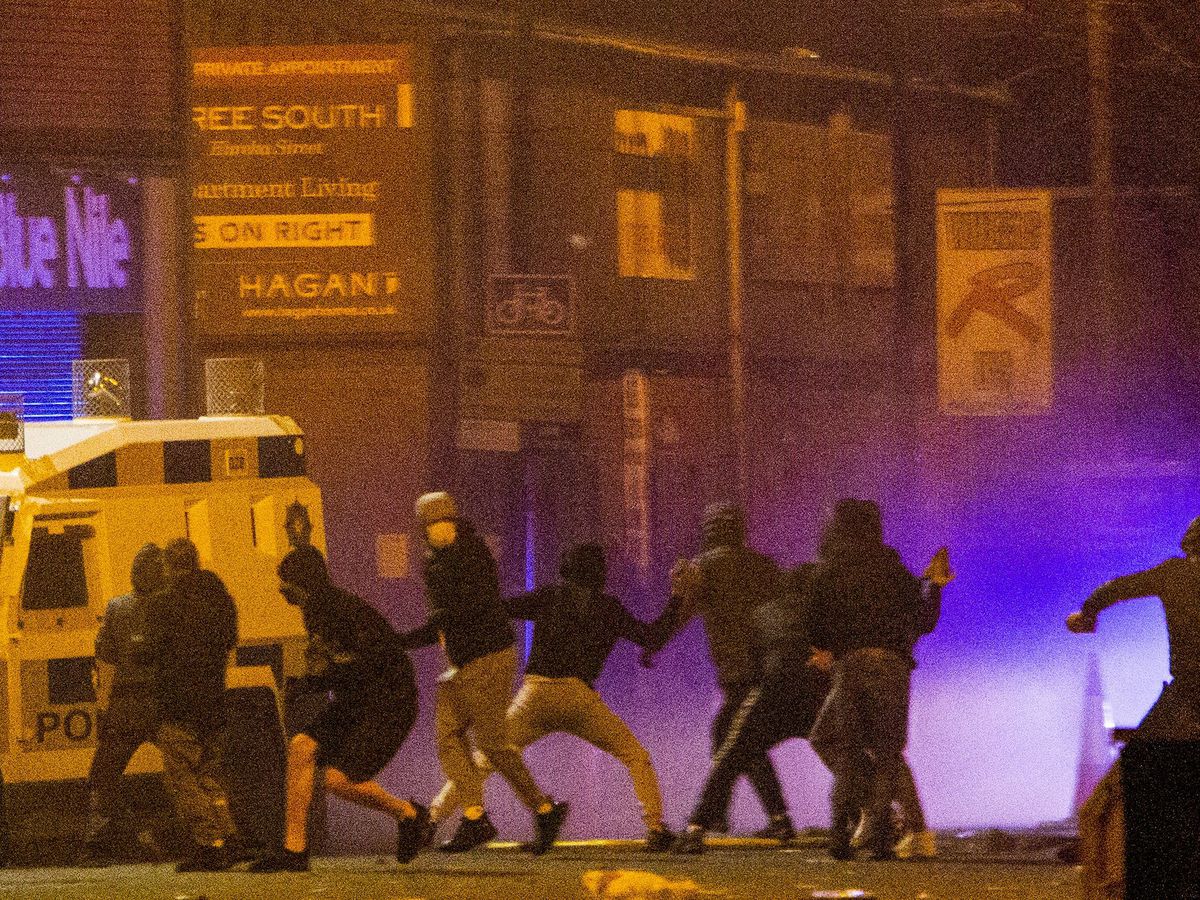 Northern Ireland police said today that Unionist protesters threw 30 petrol bombs at officers and torched cars during a night of "disorder" in a suburb of northern Belfast.

On Saturday, 30 petrol bombs were thrown at officers in Newtownabbey in what police described as an "orchestrated attack", while cars were hijacked and set ablaze.

The incidents come amid simmering tensions over the Northern Ireland Protocol, set up as part of the UK's Brexit deal with the European Union, which has resulting in the establishment of a border in the Irish Sea.

Questioning why PSNI officers must always "face the brunt of this pointless violence", the Federation went on to say: 'Destroying your own communities is not the way to protest or vent'.

Mr Beattie added that it was "quite clear" during the violent scenes that there were adults watching from the side of the road as the teenagers participated in the disturbances.

A total of 15 officers were injured in the Sandy Row area of Belfast on Friday when a small local protest developed into a riot.

Police said on Saturday night that seven people including three teenage boys have been charged with riot over the Sandy Row disturbances.

Flames are seen at the rear of a police vehicle after violence broke out in Newtownabbey, north of Belfast, in Northern Ireland on April 3, 2021. 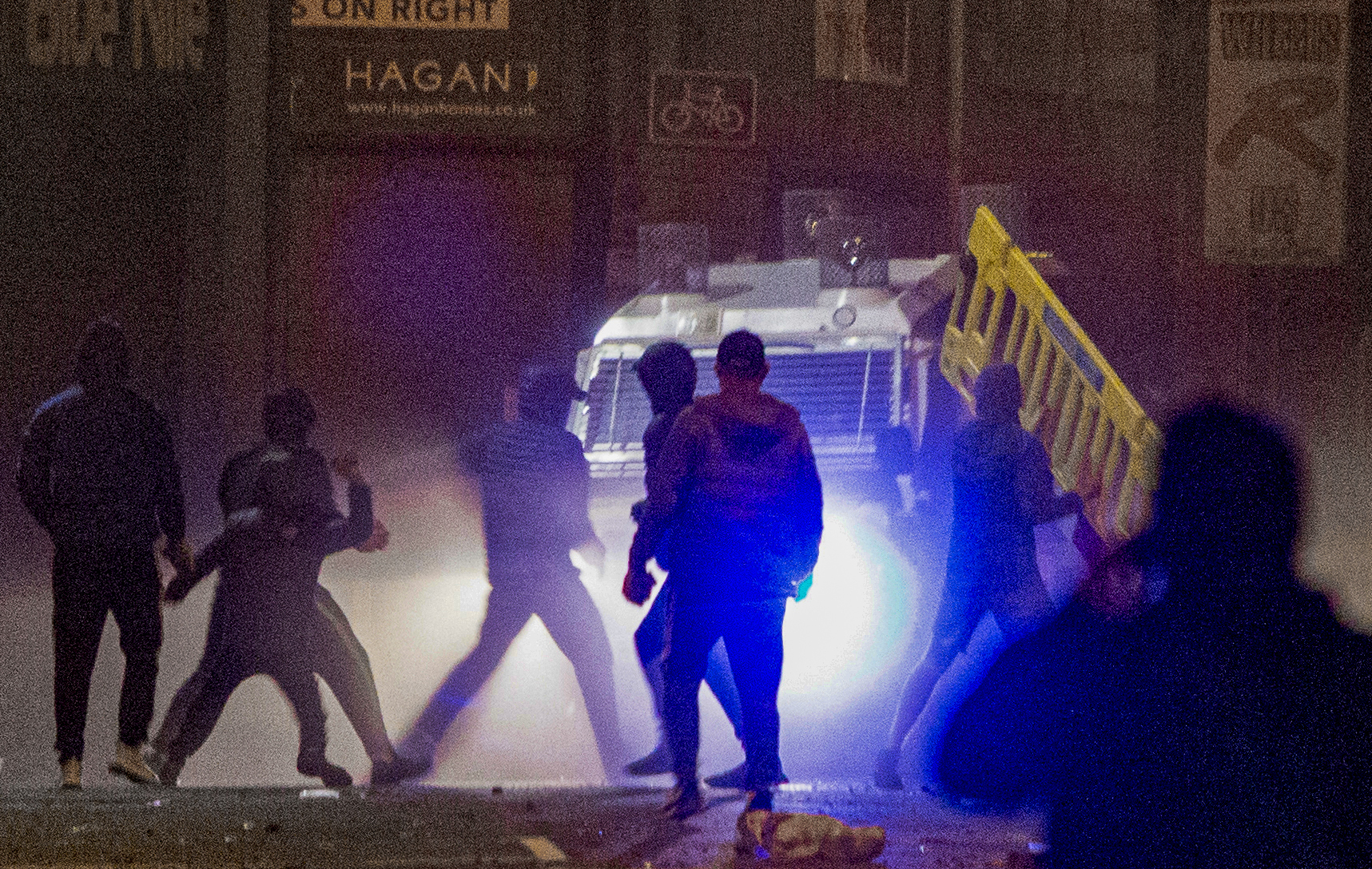 A further 12 police officers suffered head, leg and foot wounds in Derry after coming under attack from a large group of youths throwing similar items.

"To those in our community with influence, I would urge you to use that influence so we do not see any further disgraceful scenes of violence on our streets so we can ensure young people do not get caught up in criminality and that they are kept safe and away from harm".

It followed riots on Friday across both cities following a decision not to prosecute leaders of the Irish nationalist party Sinn Fein for allegedly breaking coronavirus restrictions by attending the funeral of a former leading IRA figure during lockdown past year. Four of them - men 18, 21, and 25 years old and a 19-year-old girl - will stand trial on charges of organising the riots.

"And I send my strong support to all of the rank-and-file police officers that are on duty over this Easter weekend".

'I appeal to our young people not to get drawn into disorder which will lead to them having criminal convictions and blighting their lives. He said violence was never the answer and there was no place for it in society.

"It is unwanted, unwarranted and I fully support the PSNI appeal for calm".

All the main unionist parties have demanded the resignation of Northern Ireland's police chief over the controversy, claiming he has lost the confidence of their community.