Billie Eilish has revealed her new single. That is the primary new launch from Eilish since she dropped the movies for "Not My Duty" and "ilomilo" a few months in the past, and her first new tune since she launched her James Bond theme tune "No Time To Die" in February this 12 months. The song totally reminds me of "Soulmate" by Lizzo.

Unlike her previous works, the new song features a softer sound and finds Billie reflecting on her self-growth as she keeps singing about how she's "in love" with her future rather than other people.

"We wrote this at the very beginning of quarantine".

"I'm mean it's cool but I just didn't have anything to base it on - never been to Ireland, ye know, I didn't know anything really".

"We wrote this at the very beginning of quarantine...when we wrote this song, it was exactly where my head was at a hopeful, excited, and insane amount of self-reflection and self-growth", she said.

The songstress also took to Instagram and shared a glimpse of the new song. I'm not comin' home Do you understand?

The teenage phenomenon has become the first artist to score two Video of the Year nods as an adolescent, with "everything i wanted" shortlisted this year, and "bad guy" nominated in 2019.

The singer's sibling, Finneas - who is also her producer - previously teased she would be heading in an "experimental" direction on her second studio effort.

"I have to keep reminding myself that the future is ours, and I know we want to do everything we can to make it better for everyone in the world, and for the world itself", she said. "And then we recorded the vocal in Finneas" studio, which is just in his basement in his house. I think if you're not trying to change things a little bit, you're not evolving. We need to keep looking forward. 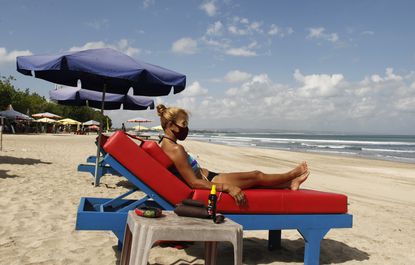