Millions of people across the United Kingdom could benefit from the new Self-Employed Income Support Scheme, with those eligible receiving a cash grant worth 80% of their average monthly trading profit over the last three years. In the mean time, self-employed people can now access universal credit in full (up to £1800 a month for some). The chancellor said those applying for universal credit should be paid within a few days.

"While we welcome the support package offered this afternoon by the Chancellor, we would be interested to hear Government's reasoning for excluding self-employed earning above £50,000 from the scheme", comments ContractorCalculator CEO Dave Chaplin.

These will be backdated to March and the scheme will last three months at least.

Mr Sunak also extended the right to request a three-month payment holiday to buy-to-let landlords and UK Finance confirmed this would include those who have borrowed through a limited company.

"Government already has a very simple way of identifying freelancers who it believes work broadly in the same way as employees and are likely to be of high risk of needing urgent support". It was "one of the most generous schemes anywhere in the world" and ended weeks of uncertainty for those who work for themselves, he said. This will be calculated using average monthly profits over last three financial years but will be capped at £2,500 per month. Grants will be paid in a single lump sum instalment covering all 3 months, and will start to be paid at the beginning of June.

He said: "And to minimise fraud only those who are already in self-employment who have a tax return for 2019 will be able to apply".

Sunak said it would be available to those who make the majority of their income from self-employment so only the "genuinely self-employed" would benefit.

When will the support for self-employed people be available?

"Regardless of one's political leaning, the government's determination to "do whatever it takes" to get the United Kingdom through COVID-19 is certainly admirable".

Hilary Benn MP underlined the inconsistency once more yesterday in asking the Chancellor of the Exchequer whether the JRS will apply to those deemed to be employed for tax purposes under IR35. 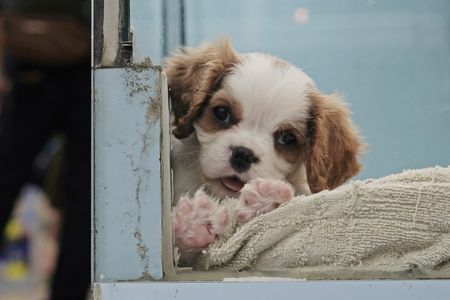