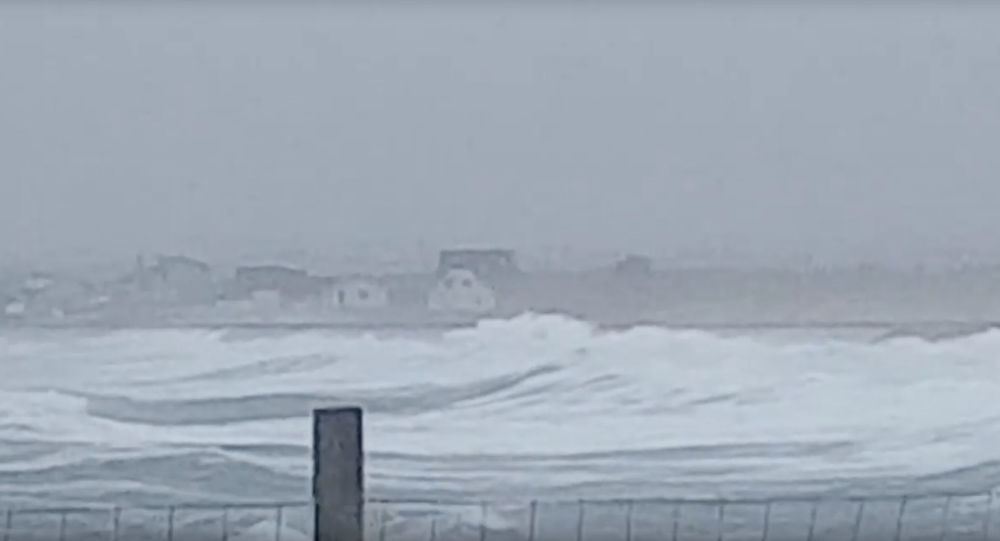 But experts have warned Storm Dennis could cause more flooding damage, because of the heavy rain falling on parts of the United Kingdom still recovering from Ciara.

A third person has died and two major incidents have been declared in England and Wales as Storm Dennis batters the United Kingdom for a second day.

The Environment Agency's (EA) flood and coastal risk management executive director John Curtin said there were a record 594 flood warnings and alerts in place in England.

The situation in South Wales was said to be "life-threatening", prompting the UK Met Office to issue a red warning due to heavy rainfall and risk of flooding. It's the first time the service has issued such a warning since December 2015.

Winds of over 90 miles per hour (150 kilometres per hour) were recorded in Aberdaron, south Wales.

In Scotland, 16 flood alerts and 17 flood warnings are in place.

A total of 156.2mm of rain fell at Crai Reservoir in Powys in the 48 hours from Friday to Sunday morning, it added.

British Airways and easyJet confirmed they had grounded flights, while two bodies were pulled from rough seas off the south England coast on Saturday as the storm barrelled in.

One of the worst-hit areas in South Wales was the village of Nantgarw, Rhondda Cynon Taff, near Cardiff, which saw entire streets left underwater since the early hours of Sunday morning.

Chief Meteorologist Andy Page continued: "There is a risk of significant impacts from flooding in this area, including a danger to life from fast flowing water, extensive flooding to property and road closures".

The Met Office also had four other amber warnings in place in England and Wales following the torrential downpours.

The local authority in Herefordshire, an English county that borders central Wales, declared a "major incident" amid widespread flooding and said it was focusing on making sure "vulnerable residents are evacuated".

In the Black Country, flood warnings were in place for the River Tame at Bescot, near the M6 in Walsall, the River Stour in Stourbridge and Kinver, Smestow Brook at Hinksford.

There were transport disruptions too, with hundreds of flights cancelled due to the high winds while train services were repeatedly disrupted by flooding.

It comes on a particularly busy weekend with many families having booked to travel over the half-term school holiday.