U.S. flight returns to airport after flames seen by wing

A United Airlines jetliner has been forced to make an emergency landing at New Jersey's Newark International Airport after flames started spurting from the wing of the plane.

"Just while it happened", passenger Gabrielle Guzzy, who uploaded the footage, told PIX11.

'My sister said she thought it was lights but I knew it was fire from the engine.

"The plane I was on had an engine malfunction minutes after take off", the passenger wrote.

"The flight landed safely in Newark and passengers deplaned normally".

Passenger Nicole Adamo tweeted that it was "the most terrifying experience of my life" watching the wing and engine.

The flight was re-routed due to a mechanical issue, according to the statement. "They're making announcements but I can't hear anything b/c people are screaming", the user continued.

"We are working on changing aircraft to get our customers to their destination as soon as possible", she added.

Tom Podec Aviation in a tweet showed FlightRadar24.com's image of the plane looping over North Jersey before returning to Newark'. "We just came from the Middle East, so you're thinking, oh man, is this an engine problem, is it a missile?"

No injures were reported from the incident and the passengers' new flight reportedly left Newark around 2:30 a.m., set to land in Los Angeles later Thursday morning. 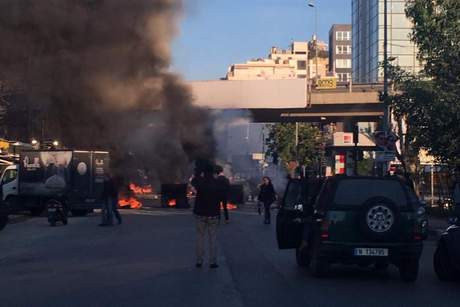