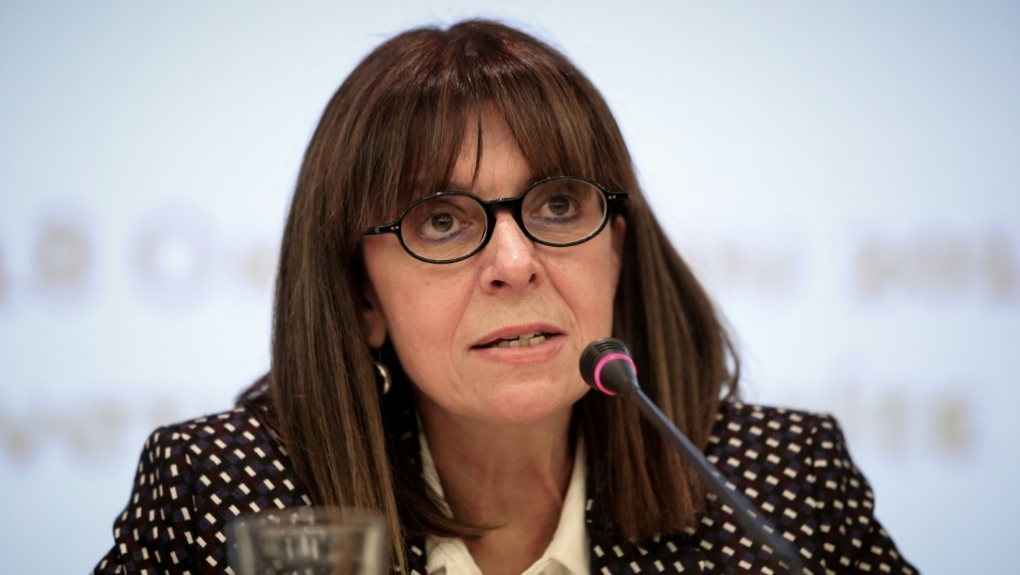 According to a report titled: Female world leaders now in power, published in 2015, 22 female presidents, prime ministers, heads of states were duly elected, appointed or succeeded their predecessor between 2005 -2015, with 2013 and 2014 witnessing the highest number of elected female presidents. "Ekaterini Sakellaropoulou has been elected president of the republic", Tassoulas said.

She was also the first woman to head the Council of State. The main opposition party Syriza voted with the conservative majority of Nea Dimokratia and Socialists with Kinal.

Her nomination for the post by the Greek premier "honors both justice and the modern Greek woman", Sakellaropoulou said after Mitsotakis announced his nominee last week.

Katerina was also the first female in the country's 200-year history to be elected as the president of the Council of State, the country's top administrative court. But with no known party allegiance she is a political outsider.

The daughter of a Supreme Court judge, Sakellaropoulou completed postgraduate studies at Paris's Sorbonne University and is an expert in constitutional and environmental law.

Ms Sakellaropoulou succeeds President Prokopis Pavlopoulos, and will serve a five-year term. "Greece is entering a new era", the Greek prime minister said after the end of the voting procedure, according to an e-mailed press statement released from his office. "This now changes, starting from the top".

The post of president in Greece, however, is largely ceremonial.

Greece has a historically low number of women in senior positions in politics, and Mitsotakis had been criticised for selecting a almost all-male Cabinet after he won general elections in July 2019. A 2017 Eurobarometer poll found 63 percent of Greeks thought gender equality had been achieved in politics, 69 percent at work and 61 percent in leadership positions.

As of 2017, fifteen female world leaders were now in office, eight of whom were their country's first woman in power, the researchers said.