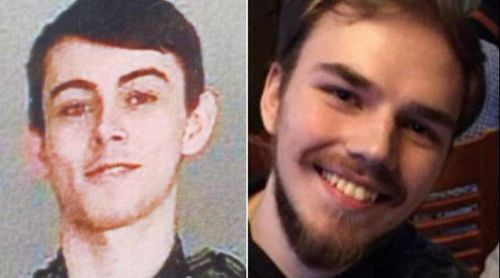 The Royal Canadian Mounted Police (RCMP) wrote in a statement that they were dead for "a number of days" before the bodies turned up in Manitoba last Wednesday.

However, police said there are "strong indications" that they had been alive for a few days since last being seen near the town of Gillam, Manitoba - which had sparked a massive police search of the area. Forensic specialists are working to confirm whether the weapons are connected with the homicides.

Investigators say they're now assessing all the items found in Manitoba along with everything found in relation to the three homicides in B.C.to better understand what happened.

They had been wanted over the murders of Australian Lucas Fowler, 23, and American Chynna Deese, 24, who were discovered shot to death on July 15 along a highway in British Columbia.

The bodies were found in an area of "dense brush" about a kilometre from where some items directly linked to the suspects had been previously found and eight kilometres from where a burned-out SUV connected to the pair had been found on July 22.

Police said two firearms were located with the bodies.

Four days later, another body was found near Dease Lake.

McLeod and Schmegelsky themselves were originally considered missing persons and only became suspects later.

Police have said it may be hard to determine a motive for the killings because the suspects are dead.

The Manitoba Medical Examiner has completed the autopsies and confirmed that the two deceased men located in Manitoba on August 7, 2019 were Kam McLeod and Bryer Schmegelsky.

The assessments will include a review of investigative findings to date, statements made, evidentiary timelines and physical and digital evidence.

The couple had met at a hostel in Croatia and their romance blossomed as they adventured across the U.S., Mexico, Peru and elsewhere, the woman's older brother said.

VANCOUVER-Police in B.C. have confirmed they will release information Monday on the autopsies of two bodies believed to be the remains of a pair of fugitive teens charged with murder.

Schmegelsky's father, Alan Schmegelsky, said earlier he had expected the nationwide manhunt to end in his son's death, who he said was on a "suicide mission."

Bryer Schmegelsky, left, and Kam McLeod are seen in this undated combination handout photo provided by the RCMP.

The RCMP says it's committing to providing both the families and the public with an update when that review is complete in the next few weeks.