A week ago Facebook CEO, Mark Zuckerberg, took to the social media airways in an attempt to reassure the public that fake news stories had no bearing on the election. "But I want you to know that we have always taken this seriously", Mr Zuckerberg wrote. "Our goal is to connect people with the stories they find most meaningful, and we know people want accurate information", Zuckerberg wrote.

On Friday, Zuckerberg said again that misinformation is a small part of Facebook content, but stressed that it takes the problem seriously.

The billionaire also announced plans to make it easier for users to flag suspicious items, as well as plans to add "warning labels" to dodgy content. Snopes, which claims to be a "myth-busting" website, has a proven liberal bias.

He said Facebook had been in contact with "third party fact-checking organisations" and would work with "journalists and others in the news industry" to improve its own fact-checking systems.

"Historically, we have relied on our community to help us understand what is fake and what is not", he said, explaining that the reporting mechanism already in place on the site fights fake news along with clickbait, spam, and scams.

While none of the listed ideas are particularly specific, Zuckerberg's post does provide more details on the company's thinking about the problem of fake news.

"The problems here are complex, both technically and philosophically", he cautioned, repeating Facebook's long-standing aversion to becoming the "arbiters of truth".

President Obama has been the highest-ranking person to have criticised Facebook, first calling fake news articles on Facebook a "dust cloud of nonsense", and later saying false reports on the internet amount to "active misinformation".

Weeding out those hoaxes was the focus of a hackathon at Princeton University this week, where students built an algorithm that authenticates what is real and what is fake on Facebook.

Facebook and Google have been in hot water lately when it comes to the circulation of fake news.

The 32-year-old outlined the company plans in a Facebook post once he landed in Lima, Peru, where he was speaking Saturday at the Asia-Pacific Economic Cooperation's CEO Summit. There's a report released this week that showed that there are many Facebook users engaged with misleading stories than legit reports, CNBC reported. 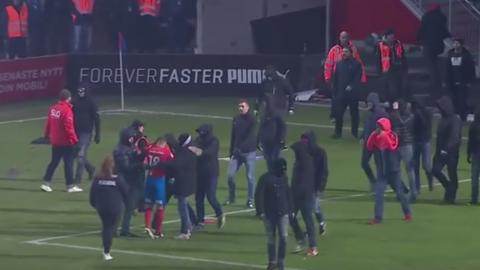