Immigration is high on the agenda of a meeting Friday in Athens of southern European leaders.

Planned austerity measures in the cash-strapped Mediterranean state have sparked outrage from Greeks, who argue that Prime Minister Alexis Tsipras came to power on an anti-austerity platform.

Greece has rejected the reactivation of the so-called Dublin Regulation, which allows other European Union member states to send refugees back to the country, a government spokesman said. After Germany's Angela Merkel made a diplomatic push to solicit ideas last month, the seven southern nations are trying to increase their leverage at next week's key summit in Bratislava that will chart a roadmap for the 27-nation alliance minus its second-biggest economy. "It is related to supporting business groups with additional money", the secretariat of the Communist Initiative, a "pole" of communist parties allied to the Communist Party of Greece, announced.

With Italian Prime Minister Matteo Renzi in attendance, the gathering comes less than two weeks after rescuers saved a one-day record of 6,500 migrants making the perilous journey across the Mediterranean to Europe.

The so-called Visegrad group - made up of Hungary, Slovakia, the Czech Republic and Poland - has demanded a tougher European Union stance on migration.

The Visegrad four have already held their own meeting to present a united front.

Earlier, Greek Prime Minister Alexis Tsipras criticized Germany's policy saying that if it won't give up its austerity measures, the European Union will be on the edge of dissolution.

German reactions to the meeting - which has been derisively termed "Club Med" - were dismissive.

The influential GermaFinance Minister, Wolfgang Schaeuble, said Greece still had a short period of time to get back in line on its 86 billion euro bailout programme, agreed amid much bitterness in July 2015.

In an allusion to the EU's tight budgetary corset, Renzi stressed that "we are in a phase in which Europe can not keep being just rules, technicalities, finance and austerity".

A day earlier, Tsipras had also hit out at Germany's perceived domination of the EU.

Even so, Friday's meeting is unlikely to bang the austerity revision drum too loudly to avoid antagonising Berlin, which has otherwise proven very sympathetic to southern states on migration.

More than 850,000 people - a lot of them fleeing conflict in war-ravaged Syria, Iraq and Afghanistan - arrived on the Greek islands previous year alone after risking their lives in unseaworthy boats and dinghies.

Brad Blitz, migration expert and professor of global politics at Middlesex University in Britain, said sending large numbers of asylum-seekers back to Greece would apply an ever greater strain on the country's asylum system and reception capacity.

Human Rights Watch called on Greece Friday to end the detention of migrant and refugee children, pointing to "cramped and filthy conditions".

More than a million refugees and migrants traveled across Greece since the start of previous year and authorities are struggling to cope with 60,000 people stranded here by European border closures. 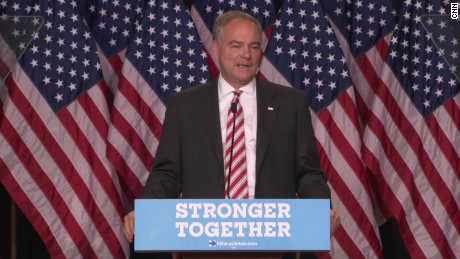